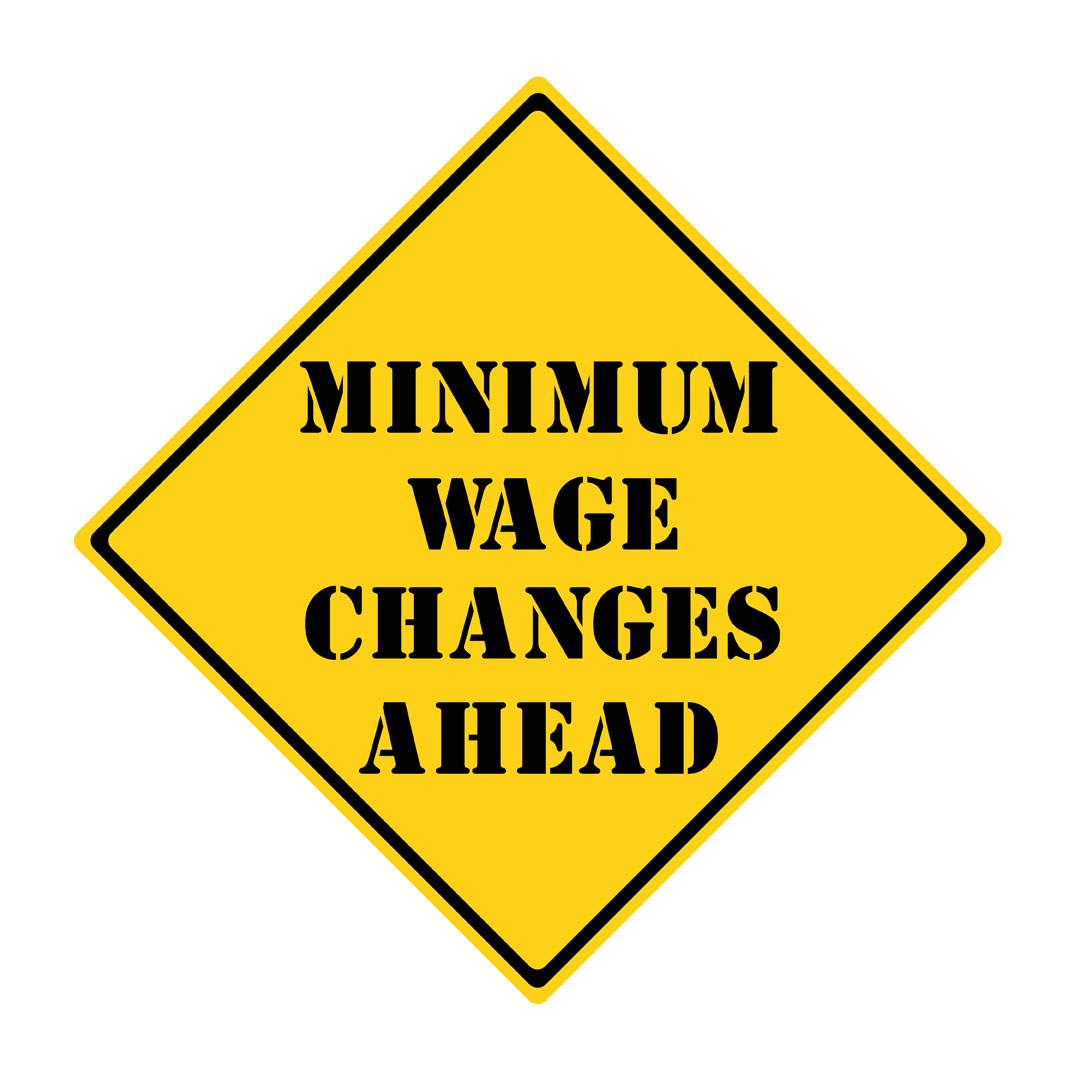 In my last post, I wrote about a study that predicts increases in the minimum wage will lead to significantly more restaurant closures.  Clearly, many restaurants and bars are unable (or failed) to raise their prices in response to increases in the minimum wage, resulting in their ultimate demise.
In this post, I’m going to keep it simple and only discuss the minimum wage hike on January 1, 2018.  The general minimum wage will rise from $11.60 to $14 and the liquor server rate will jump from $10.10 to 12.20 per hour.  These rates will have increased by about 20%.
Restaurants and bars hire for a variety of functions.  Some are involved with serving liquor and usually receive the minimum wage for liquor servers.  Others likely receive the general minimum wage.  Most chefs receive a wage that is greater than the current minimum wage of $11.40.
When the minimum wage jumps next January, what is likely to happen?  Not only will those currently receiving minimum wages see an increase in their hourly rates, those earning more than the minimum are likely to get raises too.  Dishwashers, bussers, runners, host/hostesses will all begin earning as much or more than cooks and will be closer to earning as much as chefs!  Cooks and chefs will demand increases to maintain their relative positions in the pecking order of most restaurants.
So, I think it is safe to say that all wages will rise on January 1, 2018.  The most likely overall bump is 20%.  Next, we need to consider payroll benefits such as CPP, EI, WSIB, Vacation Pay, and EHT.  In Ontario, these amount to between 12.8% and 14.8%, depending on whether EHT applies to your restaurant.  As a result, the total increase in labour costs will be around 22.8%.
Let’s not forget that minimum wage laws apply to all businesses and that some of these businesses may be suppliers to your restaurant or bar.  While there are many expenses that are not likely to be affected, such as rent, credit card charges, utilities, liquor, wine and beer,  others may be.  Suppliers that employ a significant amount of labour in providing their goods or services will likely need to increase their prices.  You are likely to see some increase in direct operating and food costs, though I would only expect an increase of around 5%.
I have crunched the numbers, based on a typical restaurant.  In order to maintain the same profit dollars (not percentage), your prices will have to increase by about 8%.  If your labour cost had been at 30% of sales before the minimum wage increase, it will rise to about 34%.  If you want to maintain your labour costs as a percentage of sales, your sales would have to increase by 22.8% – a highly unlikely prospect!
Maybe it’s time to consider implementing a few KPIs to improve your value proposition that will allow you to pass on a modest price increase in January 2018.  You can read more about that, here.